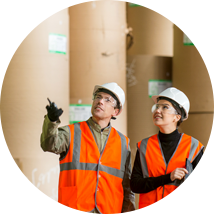 The state of South Carolina has enjoyed tremendous growth since the turn of the century and the rise in the recycling industry the Palmetto State is no different.  Several studies completed in recent years tell the story of how recycling has increased both jobs and overall revenue.

For recycling to continue to increase it is important that additional recycling streams are captured.  Recover, Inc., founded in 1994, is ready to assist your business with your recycling needs.  It will not only help the environment, but may also increase your bottom line.

**statistics for this blog  are from the following: